It’s so said that Carrie Fisher is no longer with us.

She took the character of Princess Leia – an archetypal 1977 damsel in distress – and brought her to a higher place.

This is how Rolling Stone summed up the character she gave life to:

When studio heads pay lip service to the importance of creating “proactive” female protagonists for their blockbusters, it shows how far Hollywood remains behind Lucas’ conception of Princess Leia from almost 40 years ago. Luke and Han may be the central heroes of the original trilogy; it’s Leia, however, who provides its heart, which doesn’t mean she isn’t capable with a blaster. Carrie Fisher turns her every line of dialogue into a mocking jab, refusing to let the smart, spitfire character settle into simply being a Death Star damsel-in-distress. It’s impossible to erase the fact that she and Luke kiss in the first film (and, er, the second film), but what’s great about her love story with Han in The Empire Strikes Back is that it feels like a relationship of equals, the two strongest-willed people in the galaxy realizing they’re nuts about one another. As for the racy slave number from Return of the Jedi that jump-started a generation of boys’ sexual awakening, just remember she managed to kill Jabba while rocking it.

Here’s one of Carrie Fisher’s last interviews where she talks about her book and her affair with Han Solo actor Harrison Ford.

We're not around right now. But you can send us an email and we'll get back to you, asap. 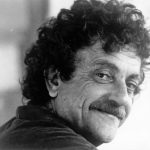 The emotional arcs of storytelling, why you should use them and which one is bestTutorial, Writing