Michael is the award-winning, best-selling author of five works of non-fiction, as well as a journalist, broadcaster and speaker.

He has written for all of the UK broadsheet newspapers, as well as numerous magazines in the UK and abroad including Condé Nast Traveller and Monocle, for whom he is currently a correspondent. His books have been translated into several languages. He writes predominantly about travel, food, France, Japan and the Nordic region.

We're not around right now. But you can send us an email and we'll get back to you, asap. 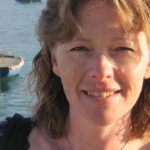